Autoimmune diseases - INSERM-
The breakdown of tolerance to self

HLA-A29 (A29) is a human leukocyte antigen serotype within HLA-A serotype group. The serotype is determined by the antibody recognition of ?29 subset of HLA-A ?-chains. For A29, the alpha "A" chain are encoded by the HLA-A*29 allele group and the ?-chain are encoded by B2M locus.[1] This group currently is dominated by A*2902. A29 and A*29 are almost synonymous in meaning. A29 is a split antigen of the broad antigen serotype A19. A29 is a sister serotype of A30, A31, A32, A33, and A74.
Further information: HLA serotypes explained
A29 is more common in Western Africa and Southwestern Europe.

a disease affecting people of the Caucasian type

When we talk about disease affecting the 'Caucasian' type population. A good image is worth every speech.
Attached is the parallel between the areas (in red) of Caucasian populations and the cate of hospitals treating birdshot patients. 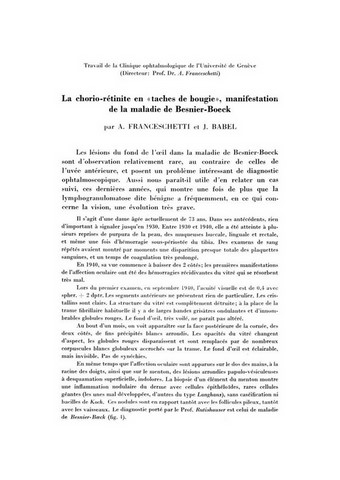 first description of the disease in 1949.